Sunzi said: War is a matter of the utmost importance to the state. Life or death hinges on it; it is the road to survival or extinction. It is something that must definitely not be neglected.

To do this, it is necessary to examine each war situation from five angles to be taken into account in one's strategic deliberations: Morale, Weather, Terrain, Leadership and Discipline.

Morale is what keeps the people in complete accord with their sovereign, ready to lay down their lives for him without wavering. Weather covers day and night, cold and heat, time and season. Terrain covers high and low, near and far, dangerous and secure, open and constricted, and life-to-death situations. Leadership covers wisdom, trustworthiness, compassion, courage and strictness. Discipline covers military organization, assignment of ranks, and logistics. Every commander should be well-versed in all these five aspects. He who masters them wins; he who does not, loses.

And so, when making his plans a general should consider the following: Which side has higher morale? Which commander is more capable? Which side has more advantages in weather and terrain? Which army has better discipline? Which army is stronger? Which side’s officers and men are better trained? Which army has a clearer system of rewards and punishments? On the basis of the answers to these questions, the result of hostilities can be known.

Once the advantages of my stratagems are understood, then they should be applied to the circumstances in a flexible way. This means that they should be used to gain the upper hand in any situation.

The secret of victory lies in deception. And so, when capable of action, appear incapable; when deploying troops, seem to be idle; when near, appear to be distant; when distant, appear to be near; lure the enemy with the bait of an advantage to him; feign confusion to capture him; if he is solid, prepare to counter him; if he is stronger than you, avoid him; if he is angry, taunt him; if he is humble, make him arrogant; when he is trying to rest, harass him; when his forces are compact, drive them apart; attack when he is unprepared; appear when he least expects it. This is how a strategist wins a victory. However, these tactics can only be applied on the spot. 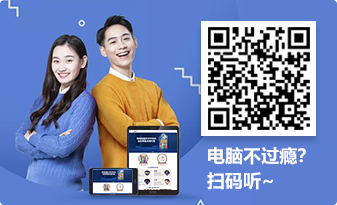