“The Great Zodiac Race” is a mythical story in which the Jade Emperor, in order to help humankind to mark time, arranges a race to choose which animals will give their names to the 12-year cycle of the Chinese Zodiac. Using cunning and underhand tactics, the rat ends up coming first in the race.

Scene 1 – Inside the Emperor’s Palace

Emperor: My subjects, why have you come here today?

Citizen 2: For many, many years we have marked the seasons in many ways.

Emperor: Yes, the change of weather, the blossom on trees, when the leaves fall.

Citizen 1: The length of daylight in a day. Yes, all of that.

Citizen 2: But the times aren’t exact. How can we remember special days?

Emperor: Like a family birthday or a festival? Go on.

Citizen 1: The weather, the trees and daylight change, but they aren’t exact.

Citizen 2: We want to mark the start and end of the seasons more precisely.

Emperor: I too have been thinking about this.

Citizen 1: Do you think you can help us, Emperor?

Citizen 2: We would be most grateful.

Emperor: I will hold a race across the great river. It is a hard challenge for anyone!

Citizen 1: I will start to prepare with lots of exercise!

Emperor: Let me finish! This will be an animal race!

Citizen 2: How exciting! I will tell my friends!

Cat: Rat! I have some exciting news!

Cat: The emperor is holding a race for all animals! The first twelve winners will have a year named after them!

Ox:  Cat, please could I ask you something? What is a year?

Cat: It is how we will measure the seasons from now on.

Rat:  Wow! This is a great honour!

Ox:  I am not very clever but I am strong! I could be the first animal to win a year!

Cat: There is one problem. We have to swim across the great river.

Rat:  I am so small. I will surely drown!

Cat: (Cat takes the rat to the side and whispers.) Rat, I have a plan. We could ask the Ox to help us.

Cat: He could carry us! He is so strong. We are very small.

Rat:  He is a very kind animal. I am sure he will help us if we ask him to.

Rat:  And you are looking even larger than normal.

Ox:  Well, that is very kind of you both to say.

Cat: You have surely taken a bath today, you smell so... (He goes to smell the ox and is shocked by the bad odour, but pretends not to notice.)... so strong.

Rat:  Strong! Yes, you are so strong. There is no stronger animal.

Ox:  I have never heard such beautiful words!

Cat: Oh yes. We are so small and weak.

Rat:  There is no way we will be able to swim across the great river! We are so sad.

Cat: If only there was someone who could help us...

Rat:  Carry us! (There is a pause as they wait for the ox to offer his help. They stare at him in order to hint.)

Ox:  You have said such kind words today. I will gladly help you to cross the river.

ALL: Let the race begin!

Scene 3 – At the Starting Line

Commentator 1:    Well, today is very exciting for everyone!

Commentator 2:    Thousands of people are here to watch the race.

Commentator 1:   And here we have the emperor, who wants to say a few words.

Emperor: I love all animals, but I think the dragon might come first!

Commentator 1:   Yes, because he can fly across the river!

Emperor: The dog is also a very good swimmer. He might win.

Emperor: I think the rat will fail at the river; so may the cat. These two animals can’t swim. They are so small and weak!

Commentator 2:    All of the animals are lining up!

Commentator 1:    It didn’t take the animals long to get to the riverside!

Commentator 2:    The first one to jump in is the tiger, followed by the dragon and the dog.

Emperor: Wait! Where is the dragon going?

Commentator 1:    The dragon is flying the wrong way! It seems that he has gone to help some people in a far-off village.

Commentator2:     And what is the dog doing?

Emperor: Is the dog taking a bath? This is not the time to be cleaning yourself!

Commentator 1:    Let’s see what the other animals are doing.

Commentator 2:    The tiger is in the lead. He is swimming strongly.

Emperor: Close behind is the rabbit; he’s hopping from stone to stone. Very clever!

Commentator 1:    There is the ox. Look! He is helping the cat and the rat. They are on his back!

Commentator 2:    Oh no! The tiger has just been swept backwards by the strong water!

Emperor: And now the rabbit is trapped. He has no more stones to hop onto!

Commentator 1:    That means that the ox, cat and rat are in front!

Commentator:      What a surprise!

Cat: I will keep watch for the competition.

Ox:  I am swimming as fast as I can! This is very hard! The water is very strong. Stronger than me!

Rat:  Oh my goodness, was that the tiger? Be careful over there! (He points.)

Cat: We are in front, Ox! Keep going!

Ox:  Thank goodness that you are both so small!

Rat:  I can see the finishing line! Soon I will be able to claim first prize!

Ox:  First prize? What do you mean? I have done all of the hard work. You should let me go first.

Rat:  (The rat talks to the audience whilst the cat and ox freeze.) I want to win but the cat is faster than I.

Rat:  If we both jump from the ox, the cat will beat me to the finishing line. I must stop this from happening.

Ox:  How are we doing? I can’t see because of the water.

Rat:  Oh Cat, look over there! Is that the tiger again?

Rat:  Right there, in the water! (The rat pushes the cat into the river and he floats off stage.)

Rat:  He hopped off to help the rabbit, don’t worry! Keep going; we are seconds away!

Ox:  I can feel the floor. I just need to shake off this water then...

Rat:  Bye-bye! (The rat runs in front and through the finishing line.)

Scene 5 – At the Riverside

Commentator 1:    Can you believe it? The first place goes to the rat!

Commentator 2:    I bet that the ox is very angry! But at least he came in second.

Commentator 1:   Where is the cat? I can’t see him anywhere!

Commentator 2:    There is the tiger; it looks like he is in third place.

Commentator 2:    And the emperor has just given the rabbit fourth place.

Emperor: I think that the dragon helped the rabbit get to the finishing line.

Commentator 1:    Yes, the dragon has been helping everyone today!

Emperor: What a generous and selfless animal!

Commentator 2:    Yes, I think that people will honour the dragon’s kindness for many years.

Commentator 1:    So who will come in sixth place?

(They pause and the light turns to the two citizens.)

Citizen 1: What can you see, friend?

Citizen 2: I think I can see the horse is just about to cross the line. Why is he jumping like that?

Citizen 1: Oh no! The snake slithered past the horse. He scared him! Hahahaha. What a sneaky snake!

Citizen 2: And in eighth place... I can’t see anyone yet.

Citizen 1: Wait, who’s that down there?

Citizen2:  I can see the rooster on a raft. The monkey is pulling it along the river.

Citizen 1:  Is that the sheep pushing from behind? It is!

Citizen 2: They must have worked together to cross the river.

Emperor: (He shouts from the side of the stage.)  We all know that the rooster, monkey and sheep are terrible swimmers!

Citizen 1: They are just reaching the finishing line!

Emperor: Well done to the three of you!

Citizen 1: They were wise to work together!

Citizen 2: Great teamwork! So that is number eight, nine and ten.

Citizen 1: And here is number eleven, the dog!

Emperor: Surely he should have come first? He is such a good swimmer!

Citizen 2: It seems that he has had a wash. He is normally so smelly and muddy.

Emperor: Now look at him! So clean!

Citizen 1: Is that the pig? What is he holding?

Citizen 2: Are they noodles? Has he been swimming whilst eating noodles?

Citizen 1: Come on, Pig! Now is not the time to eat! He is always hungry!

Citizen 2: Hahaha, he must have been very, very hungry to swim and eat at the same time!

Citizen 1:  I think that is it! Twelve animals. I can see them all line up now.

Citizen 2:  Well done to you all! What a great race!

(They applaud the animals.)

Citizen 1: But wait! Where is the cat?

Citizen 2:  What is that in the river? I think I can see him now.

Scene 6 – Outside the Emperor’s Palace

Emperor: Rat, it is my pleasure to award you the first year!

(Everyone cheers and makes animal noises in celebration.)

Emperor: The first year will be the year of the rat!

Ox:  This is so unfair. I should have the first place; I did all of the swimming!

Ox:  I am the strongest and fastest swimmer!

Rat:  Sometimes strength doesn’t win a race. Sometimes you need to use your brains!

Emperor: Sorry, Ox, the rat is correct. He used his brains to win, and he outsmarted you!

Ox:  Oh well, I will be happy with second place I guess.

Emperor: Where have you been, Cat? The race is over.

Ox:  The rat said you went to help the rabbit?

Cat: He is lying! He pushed me into the river so he could win the race!

(Cat moves closer to the rat.)

Rat:  Please, Cat, don’t be angry! I didn’t mean to push you into the river!

Cat: I am going to eat you up, little Rat!

Rat:  No please, let’s be friends!

Cat: Come here! (The cat chases the rat off stage.)

Ox:  Oh no! Now they will never be friends again!

Ox:  (He follows them off stage.) Friends, let’s not argue.

Emperor: Tonight, there will be a great celebration for all animals. Now we can celebrate our first ever mark of time... the Year of the Rat! 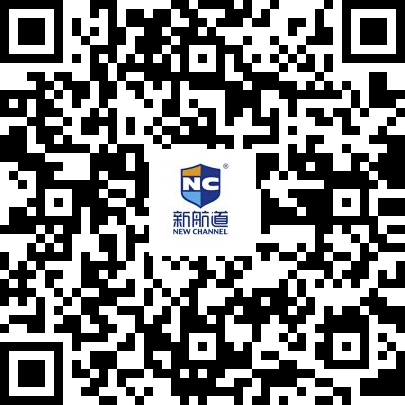